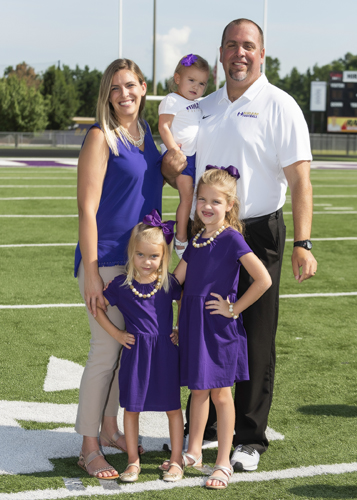 Coach Fominaya is a native of Naples, Florida, and is a graduate of Gulf Coast High School. While at GCHS, he played football and wrestled. Coach Fominaya played football at Elmhurst College, where he earned a Bachelor’s degree in Business Administration. He earned his Master’s degree in Educational Leadership from the American College of Education, and currently teaches Physical Education at Hiram High School.

Coach Fominaya’s awards and recognitions include:

Coach of the Year 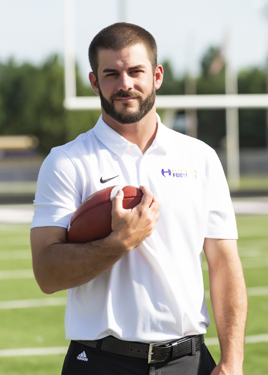 Coach McKnight is a native of High Point, NC and a 2004 graduate of T.W. Andrews High School, where he played Football, Basketball, Baseball and Golf. He attended Appalachian State University, where he played football as a wide receiver, before graduating in 2008. Coach McKnight has a Bachelors and Master’s degree in History, Secondary Education.

Coach McKnight will teach Social Studies at Hiram High School in the Fall of 2018.

Coach McKnight has over nine years of coaching experience and has coached in Florida and North Carolina. His experience includes work with Wide Receivers, Quarterbacks, Running Backs, Tight Ends, and Defensive Backs, and he has been an Offensive Coordinator for 6 years.

Coach McKnight and his wife Christina have a 4-year-old son named Crue.

Coach Halbrooks is a native of Dallas, Ga, and a 1997 graduate of East Paulding High School. While at EPHS, Coach Halbrooks earned a Varsity letter in football, wrestling and track, and was team captain his senior year.

Coach Halbrooks has over 19 years of coaching experience and has held coaching positions for the Acworth Youth Football Program, Dobbins Middle School and Hiram High School. His family includes parents Stanley and Gale Halbrooks, his brother Nathan Halbrooks and dogs Baron and Zoe. 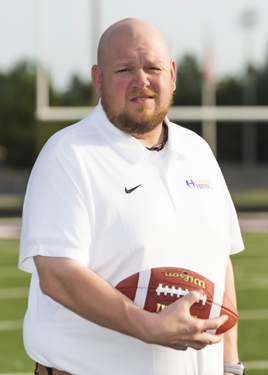 Coach Mount is a native of Lindale, Georgia and a 1993 graduate of Pepperell High School, where he participated in football, baseball, wrestling, and track & field events. Coach Mount previously attended Jacksonville State University, where he played football, and is currently attending Western Governor’s University completing a bachelor’s degree in Physical Education.

Jenah Tracy is a native of Naples, FL and a 2012 graduate of Naples High School, where she participated in Lacrosse. Ms. Tracy attended Lees-McRae College and Jacksonville State University, where she played Lacrosse and earned her Bachelors of Science in Athletic Training and a Master’s Degree in Education in Human Performance. Miss Tracy was formerly an assistant athletic trainer for Jacksonville State University football and cheerleading from 2016 to 2018.